Here at TVG they call me a bargain master, the truth is I simply do my best to make sure I get the item(s) I want for the lowest possible price. Sometimes I’m successful and other times I either pay full price, because it was already a bargain anyway, or I end up losing the item waiting for it to go on sale. In my bargain hunting guide I promised to share with you some of my recent scores and in 2010 I have to say, I have been pretty lucky with the scores I’ve managed! I have (painfully) narrowed it down to my 5 favorite scores of 2010. This is by no means all of them, just the best!

A special thanks to Will for making this logo for Sam’s Scores!

5)
As always, a day at a local thrift store yielded number 5. I walked in and just behind the front counter I saw four NES games, I couldn’t tell what they were because they were sitting sideways on the shelf. I asked for assistance and at first I didn’t see any price tags but whatever the price was it was 50% off because they all had the 50% off discount colored tag on them. The games were: Operation Wolf, Jeopardy, Super Mario: 3 in 1 and Super Mario/Duck hunt. It turns out Super Mario/ Duck Hunt did have a price tag on it, which set the price for all four games…


The tag said 45 cents! So, I walked away with three of the four games (all but Super Mario/Duck Hunt) for 23 cents each!

4)
Number 4 came from Craigslist, an interesting place despite my items wanted posts always being removed. I only try to acquire things from Craigslist if I feel the seller and I can agree on a reasonable price. I had been searching Craigslist for vintage systems, games, etc. when I found a Nintendo 64 being sold very close to where I live. The ad was for the system, all the hookups, a controller, a memory card and a rumble pak, all fairly cheap. Still, I had to bargain so I sent the seller my offer. As a bonus score, I recently found an official red N64 controller at a thrift store…


I got the system and all the accessories for $15 and the controller was only 99 cents!

3)
While documenting an outing for my hunting guide, I found an NES in a local thrift store for a very reasonable $7.98. Since there was no way to test it’s full functionality and this store has a no return policy, I walked up to the cashier and asked if there was any discount we could work out. The tag was orange which was not part of the store’s weekly discount colors, but I ended up with a discount anyway…


I was also purchasing an item with a blue tag (50% off that week) so the cashier used the blue discount for both items and I walked away with the NES for about $4!

2)
Earlier this year I made a sizable score which included an NES with 14 games and multiple controllers (including a Beeshu Zipper and Wico Commander). Also an Atari 2600 with a few game manuals and the original AC adapter, although there we no games or controllers. Everything was in really good shape but needed some serious cleaning, which I’m not afraid of! The NES and games worked perfectly and until recently the Atari went unchecked, the original AC adapter was dead and I’m still unsure if the system works or not. All these items were…

1)
Last but certainly not least is the Zelda: Ocarina of Time score, this is my favorite score (thus far)! I didn’t even own an N64 at the time, yet I knew enough about Zelda to know that I needed this game when I saw it! I was looking through a rack of VHS tapes, because sometimes game boxes are confused and placed amongst them, when I seen a golden box that said Zelda on it. I picked up the box and I knew right away there was a game inside, it was the limited edition Ocarina of time. Inside the box was the manual and the gold cartridge, all three were in good shape! I also picked up 2 Sega Genesis games at the same time, both in their boxes with manuals (NBA Jam and Triple Play ’96). 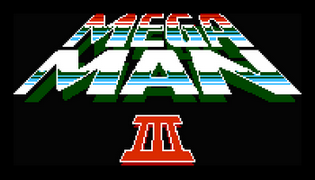 In 1994 a friend of mine introduced me to a game that blew my mind. It was called Realms of Imaginations. It was a MUD, also known as a Multi-User Dimension. It was a text based role playing game that was enjoyed by people all over the world. You could actually interact with people across the world. What I didn’t know was this wasn’t the only one out there. There were 100s of these such games. There were science fiction ones, fantasy ones, some were even based on books.

MUDs are usually lumped into 2 kinds. Roleplaying and hack & slash. Hack and slash are my favorites. On roleplaying MUDs, it’s not easy to just sit down and socialize with the real people playing on the other end. I guess that’s why I prefer hack & slash ones. I can get to know my friends that also playing instead of get to know their character.

In 1997 Realms of Imaginations went offline and I had nowhere to play. It eventually went back online as Alternate Illusions, but by then I found a new one I was hooked on. The new game went by the name of Age Of War. The game was in the beta stage then. It was still being worked on.

I have played the game for the better part of a decade. I have been playing since 1997, but there were times I wasn’t active for a few years here and there. 6 years ago in 2004, I became a staff member on the game. I was tasked by the people that were in charge of the game at the time to revamp the website.

Below is the log in screen for Age Of War

As you can see, the screenshot above has no real graphics. The game itself is all text. It has no pictures save for a few examples of ASCII pictures. It has no sound. Pretty much playing the game is like reading a book. You need to use your imagination. I guess that’s what drew me and 1000s of other people in since 1980 when the first MUD had it’s debut. It’s kind of like a constantly evolving book.

You connect to the game using the Telnet protocol or by using a specialized Mud Client. The game is played by issuing commands. Commands like:

Let me show you an example of a room: (NOTE: Moignus is one of my characters names.)

Combat can be intense with the battle going in realtime. You can quaff potions, kick, bash, cast spells, etc. during battle. Some character classes get more than 1 attack per round of battle. Let me show you a typical battle:

This all may look like it would take a bit of getting used to. You know what? It does. But, once people are used to it, most people don’t see words flying by, they see pictures. You know how you see the world unfolding in front of you when you are reading a book? Mudding is like that. In the real world, when you are in a room you are familiar with, you don’t need to look at it in detail, you just know how it looks. Again, mudding is like that. The worlds don’t change, but people and circumstances do.

To loosely paraphrase a line from The Big Bang Theory, text games like MUDs use the worlds more powerful graphics card, your imagination. MUDs are not for everyone, but everyone can play them. Why not try one? You can find more information at the Mud Connector.